Hide Menu
Lionhead studios have just launched 'Kingmaker', a mobile application that uses your GPS data to mark locations as 'owned' by you. You work on behalf of one of two teams, and receive gold coins to be spent within the game, every time you log a location in the application.

From a technology point of view this is an interesting example of many different platforms all converging to drive people towards pre ordering and buying a game.

The initial interaction is through several different mobile platforms (iPhone, Android, Blackberry and Windows 7 mobile). Each GPS 'tagging' posts to social media platforms, such as Facebook and Twitter, and the virtual gold is credit to your account. The account itself is an Xbox 360 account (windows live account), which will interface with the game, and you're in-game character ends out with the gold you have accrued.

It's an interesting proposition, and is trying to integrate several differing data platforms into one cohesive direction. It really is joined up thinking.

I run a windows server 2003 pc at home, server 2003 is a great little web server that can handle multiple roles, including file storage. Unfortunately it is not Upnp (universal Plug and Play) so will not stream media directly to media players like Xbox 360 consoles, and the Playstation 3.

The traditional (and recommended) solution to this is to stream the media through another more modern operating system that has upnp / dnla connections that reside in Windows Media player. This can restrict where you store files on a network, I for one do not want to store media on a desktop machine that I rebuild every 4-6 months.

Another solution to this is to use a software application that acts as a translation layer. There are a few around, but the one I've been testing out recently is the Twonky Media Suite. It installs as a software service, and sits quietly in the background and serves up any media requests that hit it. It also appears on the network as a Upnp device, so it will be found by media players, and consoles. 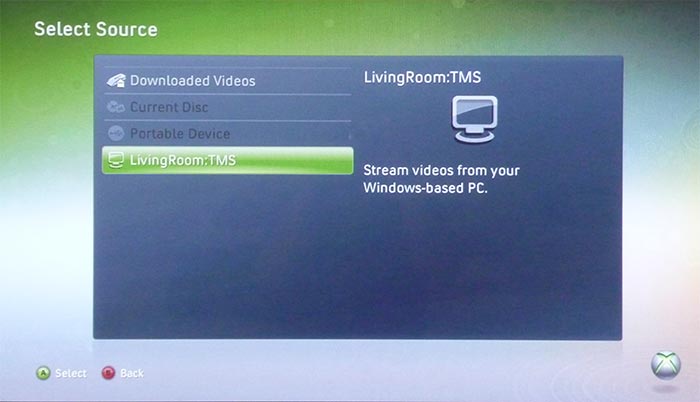 Simply install the trial version, in the setup manager point to your media directories, and then fire up your media player. It will find it and allow you to browse through the different media types, completely bypassing the need for windows media center connections, or operating systems that are a little too old to know about Upnp or dnla.

Anyone who knows me will tell you I'm an avid gamer, I love gaming, I get properly involved in the story, the setting and the characters. The latest offering from Rockstar is a very fine example of modern storytelling, it is also a very good example of where the modern games industry is in comparison to the other major media channels (Books, film and TV).

I've read a few negative reviews of the last section of this game, and having just finished it I thought I'd document my spin on it, be warned though, if you haven't finished Red Dead Redemption this article may spoil some elements of it for you.

Every time you turn on your Xbox 360 console and sign in with your Gamer profile your console records the data to an online server. www.360voice.com have written a service to consume the XML data.

360 Voice CFC http://360voice.riaforge.org is a Coldfusion based service layer that lets you consume the generated XML feeds from http://www.360voice.com.