I've had a Samsung Galaxy Tab 10.1 for around a month now so I thought I'd document my findings. This is part one of a two part article. In this part I deal with the Tab out of the box and the Hardware.

I'm familiar with the Android OS but all my previous devices have been HTC branded so they have had Sense installed on them, also this was my first tablet device so I expected a learning curve. 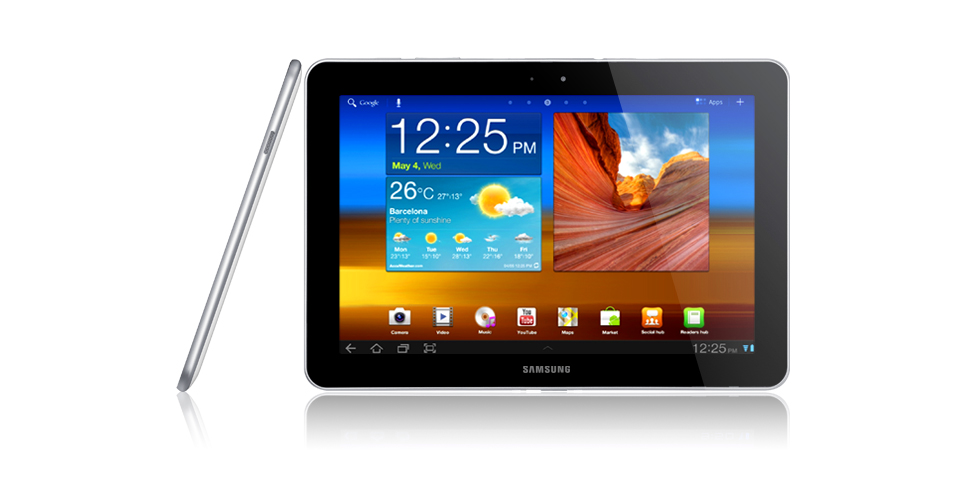 Out of the box

To start off with the device is very easy to setup. The first time you switch the device on you are prompted to add your Google account. From there the device will sync up all the Google applications like Gmail, Calendar and Docs.

The Android Marketplace looks slightly different on the Samsung Tab than it does on my HTC Desire but it is essentially the same product. Handily it also listed all my previously purchased applications so re downloading them onto the tablet was quick and painless. 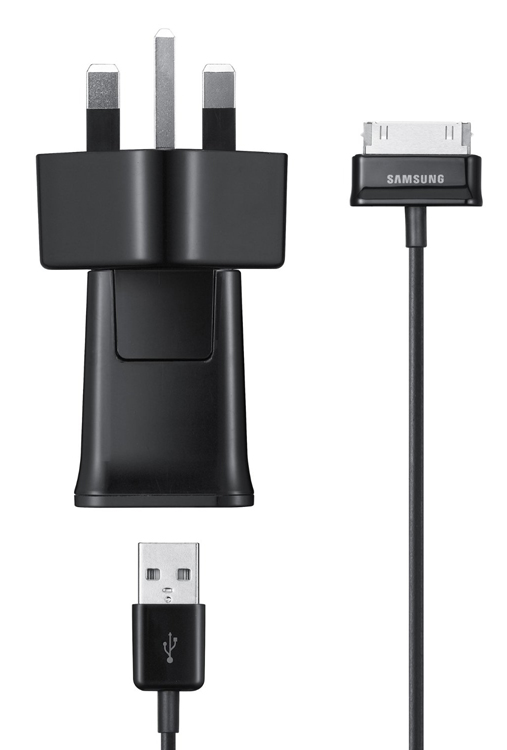 The only other items in the box are the custom Samsung usb cable and the two part charging plug. There are a few more accessories available but Samsung have followed the Apple model and they are all extra purchases.

The Tablet itself is an impressive size. It is very thin and lightweight but also feels sturdy. I've tried the Motorla Xoom tablet briefly and it felt like the device wasn't securely fastened together. There is none of this with the Samsung Tablet. Despite being plastic backed it feels like one solid unit. It does help that it has a metal edging all the way around it.

Initially I thought that the black edging around the screen was a little excessive, perhaps it could have been thinner, but I've discovered that it is really useful having a non responsive edge to hold the device by.

The screen is a native High Def size, 1280 x 800 and it plays normal video files well, although you will need to download a specific media player to play high definition files like divx or mkv files. Both Mobo player or Rock Player will decode these file types and they perform very well on the Samsung screen.

One of the key points to using a tablet is the responsiveness of the screen. I've had friends tell me that there is a lag in the touch interface compared to the iPad but I have never experienced any. Scrolling around and the general responsiveness of the Tablet is great. There is never any delay or confusion about what you are trying to do.

Unlike my previous HTC devices the screen also performs well outside. Sunlight does not make the device totally useless and there is almost no difference between using the device inside or out.

I have two minor niggles with the screen. The first is the auto light adjustment. There is a light sensor that is supposed to detect the ambient light around you and alter the screen brightness accordingly. Sometimes this works well and other times it seems a little hit and miss. You can just turn this feature off and set the brightness yourself if it really bugs you though.

The second niggle is more of a symptom of being a tablet than a specific issue with the Tab 10.1. It is incredible easy to end out with a finger print smeared screen. It is very easy to see your shiny tablet morph into a dull smeary mess.

On the power front the Samsung Tab perform very well. It will only charge through the mains rather than over usb. I must be using the tab for a few hours a day and it only needs charging about twice a week. The advertised battery life is around 10-12 hours and this really does not seem like an exaggeration.

You can see the full hardware spec of the Tab here: http://www.samsung.com/global/microsite/galaxytab/10.1/spec.html

I'll wrap up my review on the Samsung Galaxy Tab 10.1 with my thoughts on the software and a summary in part two of this article.

he samsung system tablet 10.1 a decent tablet for art?is a decent one. It accompanies S Pen, which works like stylus to draw on the tablet and it has extraordinary exactness and affectability. You can get a few applications like Sketchbook Pro, to benefit a few expressions. Without a doubt, it won't be as intense as those utilizing Wacom tablet on PC, however it's really great as of now.jt
# Posted By Rehabilitation | 07/10/2015 05:38

decent one. It accompanies S Pen, which works like stylus to draw on the tablet and it has extraordinary exactness and affectability. You can get a few applications like Sketchbook Pro, to benefit a few expressions. Without a doubt, it won't be as intense as those utilizing Wacom tablet on PC, however it's really great as of now.jt
# Posted By Alcohol Rehab | 07/10/2015 05:42

I'm familiar with the Android OS but all my previous devices have been HTC branded so they have had Sense installed on them, also this was my first tablet device so I expected a learning curve.
# Posted By Los Angeles DUI lawyer | 14/10/2015 04:07

I would like to choose this kind of http://www.ukbesteessays.com/ websites and paper writing services. Every essay using to gain full knowledge and essay reviews. These are all using to help the college students and essay writing services.
# Posted By kfiowl | 09/11/2015 07:20

This is such a hot and famous gadget which every one would love to hang out with. Including me as we can access my office works like writing services like http://www.ninjaessays.org/ in this. I am extremely happy for the review as i could able to know the pros and cons of it.
# Posted By henry | 16/01/2016 03:25
[Add Comment]
Back to top
Comments Categories Blogs/Links